The national anti-stigma charity  are asking people to share photos with out the usual filter we add when posting on social media.

Does your newsfeed feel like a stream of images showing people having more fun and enjoying things more than you have the chance to? It can be easy to feel a bit of a case of FOMO (Fear of Missing Out) when faced with endless photos capturing people at parties, sunning themselves on a beach or enjoying a beautifully prepared meal.  But we don’t ever see anyone posting photos of them cleaning up after the party- taking out the recycling and scrubbing stains out of the carpet. And we don’t hear about the credit card bills that someone has racked up to enjoy that trip to the South of France-  of the stress that is now causing them. We also never really talk about how difficult it was to find time to prepare the meal in the photograph. For some people this silence has a deeper impact. 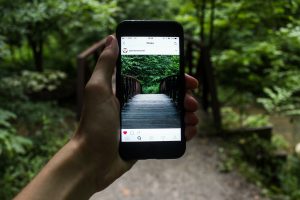 The #MyUnfilteredLife campaign is asking us to show off the challenges we face as well as the successes. Often leading to more than FOMO, constantly comparing ourselves to others through what we see of their life through perfectly curated social media posts could have a negative effect on our mental health. This article featured on www.talkspace.com discusses the impact that heavy social media use can have on body image, depression and how connected we really feel to other people. Studies have shown American college students who frequently use social media are likely to feel more isolated than those who don’t and that envy and jealousy created by all these picture perfect posts could increase rates of depression.  Social media has become such an integral part of our lives that it can often be difficult to avoid.  Recently researchers at the Harvard University found that what people post, the hashtags and filters that they use can also reveal the state of their mental health.

So what can we do? It is important to remember that social media has lots of positive aspects and being able to speak to lots of people at once is one of them. The success of the See Me campaign so far has shown how we can use social media to break the way we can use social media to break the stigma of mental health. With hundreds of tweets, Facebook and Instagram posts #MyUnfilteredLife has helped people see more of the reality in dealing with anxiety, depression and prescription medication.