With the support of See Me community innovation funding, we were able to explore this area as part of a wider project where students with lived experiences led campaigns across three institutions on a range of issues related to stigma and discrimination.

We created a survey, an online reporting tool for students from any university or college in Scotland to tell us about specific incidences of discrimination linked to their mental ill health, and the impact that had on them. It was promoted through students’ associations, social media and word of mouth, and we collected up a number of experiences. We then anonymised the responses, and they helped us to develop a guide for staff and students with the title “Ending Stigma and Discrimination on Campus” alongside short workshops, to show people working in colleges and universities what they can do to help tackle this issue.

What did students tell us?

The experiences reported included incidents such as:

We wanted to know what impact this kind of, often unlawful, discrimination had. Many said it made them feel ashamed of their illness, a good number cited physical complaints such as headaches and stomach pains, most mentioned increased anxiety, some spoke of financial difficulties linked to having to pay for resits, some said they were too embarrassed to go back to classes or see certain staff members. Generally overall there was a sense of increased pressure and additional stress, which is the last thing anyone needs, let alone someone already experiencing a mental health problem.

The guide and the staff workshops

Once the experiences had been anonymised and turned in to case studies, NUS Scotland offered workshops focused on improving student experience to staff in a number of institutions. These had significant impact, we saw some staff members shocked at the way students had been treated, but more interestingly we saw people admitting they had said, done or witnessed similar happenings and hadn’t realised the impact it had on the individual student. 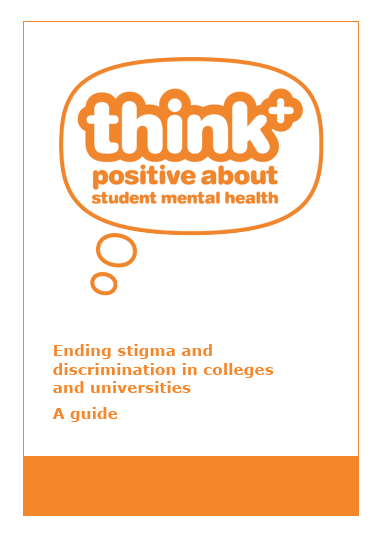 Because of this, we created the “Ending Stigma and Discrimination in Universities and Colleges“ guide which is available from NUS Scotland and is aimed at staff working in colleges and universities. It contains an outline of the responsibilities universities and colleges have under the Equality Act 2010, examples from the experiences we collected, and suggestions about what reasonable adjustments might mean for students who are experiencing mental ill health.

The guide has been well received and it is hoped this goes some way to ensuring we end stigma and discrimination in colleges and universities. Get in touch to find out more!

This work was possible thanks to funding from See Me, and advice and guidance from the Equality and Human Rights Commission.